Review: Quench Your Own Thirst 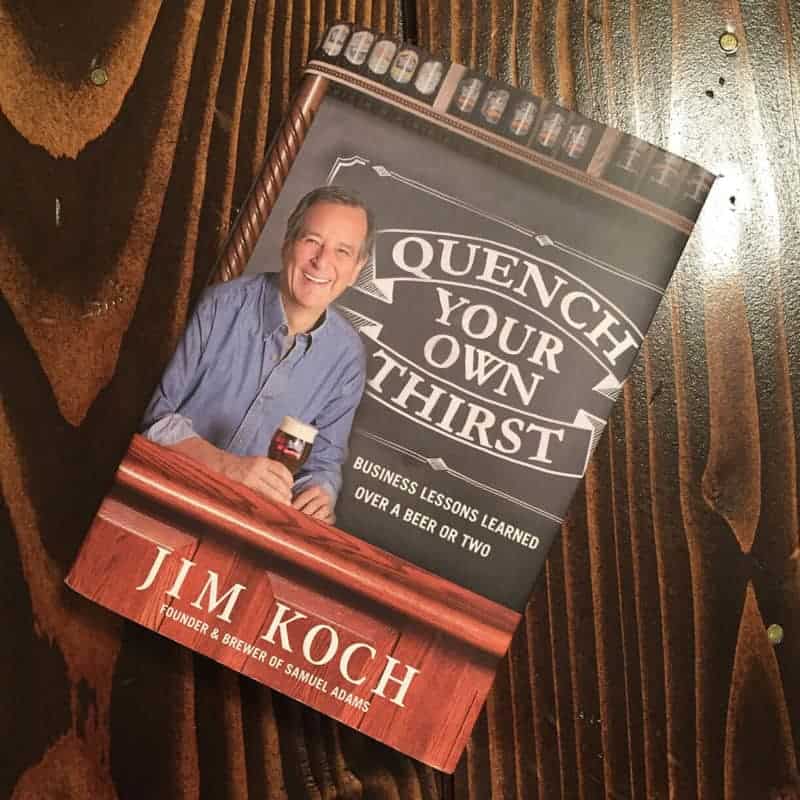 No matter how your craft beer story starts, there’s a good chance your early days were spent sipping some of the best known craft brands around. These brands have been in the business since before craft beer was the cool thing to do. They’ve build the better beer industry, and lead the way for a new type of beer drinker. Quench Your Own Thirst: Business Lessons Learned Over A Beer Or Two is the story of the start and growth of the largest craft brewer in the United States, Boston Beer (better known as Sam Adams).

Quench Your Thirst is the history of Sam Adams, told by their founder, Jim Koch. While they’ve done a great job of telling their story through TV ads and other marketing material, the book gives a far more detailed look at how the company began, the challenges they faced along the road to becoming the largest craft brewer in the country, and interesting stories on the way.

The story of Sam Adams growth to beer giant is an interesting one. Like most brewers, they started small and saw slow growth for some time. While they were able to ride the craft beer booms of the ’90s and now, there were also many struggles in between. Quench Your Own Thirst shares many of those moments and shows that the beer business isn’t just drinking beer and having fun. Many don’t seem to realize that a brewery like any other business, is a business. There’s a lot more happening than just consuming the end product. This book is a good reminder of the many other parts of that machine.

The story of starting a brewer in the early days of the craft industry is one we’ve heard before, but each is a bit different. While the title of the book includes mention of business lessons, they’re not the best business advice you’re going to find. If you want a brewery story with real-world business advice, I’d recommend checking out Beer School: Bottling Success at the Brooklyn Brewery, by Brooklyn founders Steve Hindy and Tom Potter. It’s filled with far more instruction that can be applied to starting your own brewery or any business.

Quench Your Own Thirst: Business Lessons Learned Over A Beer Or Two is a great look into the start, growth, and history of Sam Adams and Boston Beer. Even craft beer fans that aren’t big on their brews will find interest in the history of the industry and journey to the top. Add Quench Your Own Thirst to your reading list and buy a copy today on Amazon.